A client of mine who I counseled regarding some financial difficulties ran afoul of the IRS.  He was arrested and charged with kidnapping an IRS official. 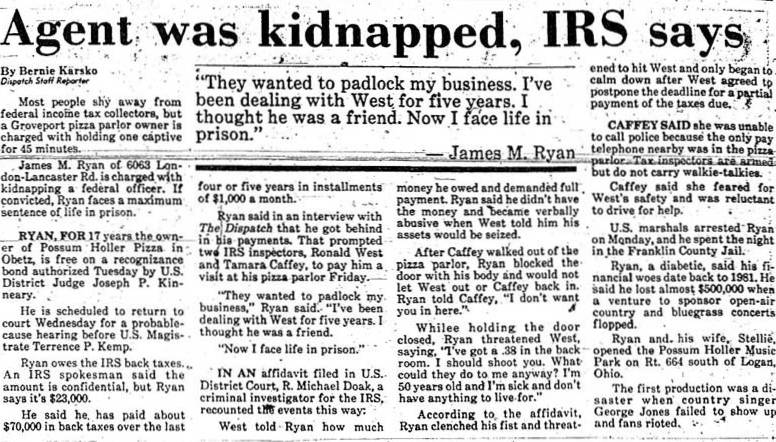 I tried to get a criminal attorney for him, but was unsuccessful.  He requested that I represent him despite the fact that I was not a criminal attorney.  The results were dramatic and emphatic.  The trial prosecutor advised me on the way out the door that “…you do not know who you are messing with.”  The same federal prosecutor who prosecuted me was the lead attorney on this case 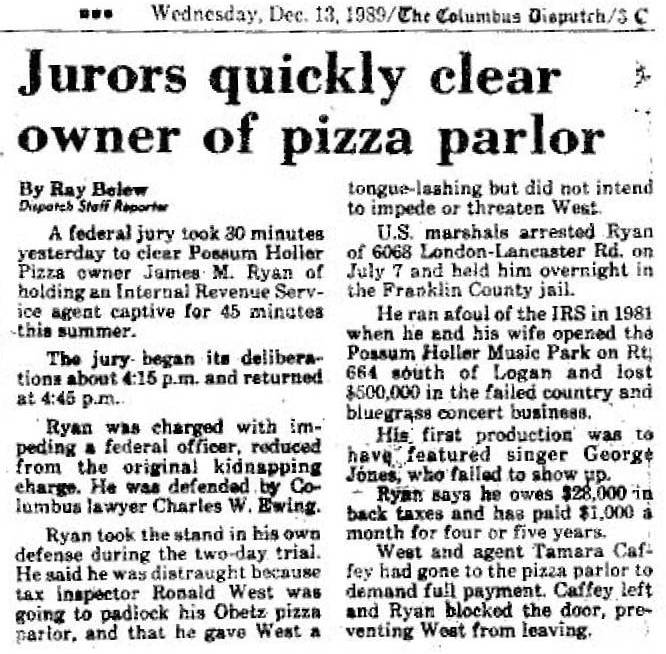 There were other significant civil contests with the IRS and the Justice Department on behalf of clients which were resolved in my client’s favor.  Again with the grumblings such as I did not know who I was messing with.

In the ordinary course of representation of dozens of farmer clients in the bankruptcy courts, I had many occasions to be opposite the Farmers Home Administration who is represented by the Department of Justice through the U.S. Attorney’s office.  While all my representation was entirely within the confines of the law as written as well as intended, several cases were hotly contested.  In the process on several occasions I was advised that I “carried things too far”.  I believed that farmers had been trapped by government programs and suggestions in the 1970’s to increase their operations because it was favorable to international trade.  Then there were competing national strategies, one of which was to boycott grain trade with some nations.  These strategies resulted in drastically lowered grain prices which plummeted many farmers into insolvency.  Many members of the bureaucracy, the Justice Department and some courts felt that these farmers were simply poor managers.  Of course some were but most were very good farmers who were trapped.  The laws were written as a form of social welfare legislation and as such many protections were built into the law.  My main strategy was to ensure that these laws were followed.  The results were that many of my clients were unable to pay FmHA yet the law allowed them to continue to operate.  I won several cases which set precedent in the area of farmer bankruptcy law.  One of which was extremely costly to the Department of Justice.  (I estimate millions of dollars per year)  While this is a large amount of money, the law was clear in my eyes and in the eyes of the court including the Court of Appeals which is now supposed to be hearing my appeal of the criminal conviction.

At this time I am not able to clearly prove all individuals involved, but over the years many threats which I considered at the time to be simply sour grapes seemed to materialize into a criminal investigation, prosecution and conviction.  Of course the conviction is now shown to be improper.  Given the best interpretation of the facts, the result is highly suspect.  It appears likely this was motivated by a desire to destroy my professional career and deprive my clients of an advocate as well as deprive me of my liberty.

The Ryan case is typical of many clients I represented.  Although I believe this is the only major criminal trial of my career, I represented hundreds of clients irrespective of whether they could pay me or not.  Over the years I billed approximately one million dollars worth of services which were never paid.  I employed a staff of several lawyers, legal assistants and secretaries such that we could provide as much service as possible.  I seldom sought to enforce collection of these fees, especially if I thought the client simply could not afford to pay.